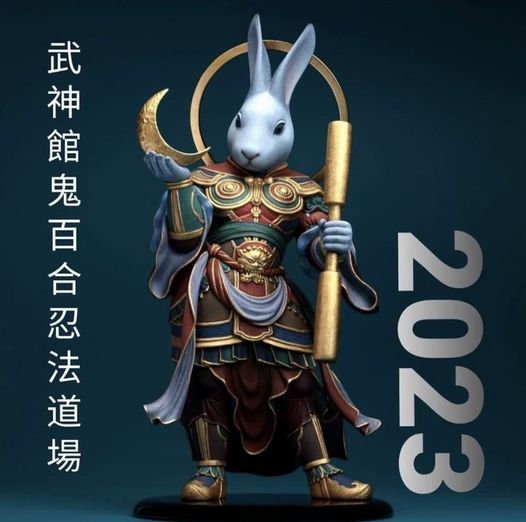 Chinese New Year of the Rabbit will fall on Sunday, January 22nd, 2023. As a public holiday, Chinese people will get seven days off from work. It will be the beginning of the year 4721 on the Chinese calendar. The date of Chinese New Year changes every year, but it always falls between January 21st and February 20th. The day of Chinese New Year is a new moon day, usually the second after the Winter Solstice.

The Rabbit is the fourth of all zodiac animals. Legend has it the Rabbit was proud—arrogant even—of its speed. He was neighbors with Ox and always made fun of how slow Ox was. One day, the Jade Emperor said the zodiac order would be decided by the order in which the animals arrived at his party. Rabbit set off at daybreak. But when he got there, no other animals were in sight. Thinking that he would obviously be first, he went off to the side and napped. However, when he woke up, three other animals had already arrived. One of them was the Ox he had always looked down upon.

In Chinese culture, rabbits represent the moon. Some say it is because the shadows of the moon resemble a rabbit. Others say it is because of the rabbit’s pure characteristics. Rabbits are earnest with everything they do; they just ask that others treat them the same way.

To outsiders, the Rabbit’s kindness may make them seem soft and weak. In truth, the Rabbit’s quiet personality hides their confidence and strength. They are steadily moving towards their goal, no matter what negativity the others give them. With their good reasoning skills and attention to detail, they make great scholars. They are socializers with an attractive aura. However, they find it hard to open up to others and often turn to escapism. A plain and routine life is not their style. Though conservative and careful in their actions, they need surprises every so often to spice things up.

This should be a year full of excitement, prosperity, and surprises that run in both directions - anything but boring for Rabbits!.

Your General Orders remain the same: "First,do no harm."
Second, “Do unto others as you would have done unto yourself.”
Third, "Live and let live."

This is the message for the Year of the Rabbit...

"Make the world a better place for having passed this way..." Edward Bok

Remember, the mood of the warrior is waiting, for an opportunity to appear..."