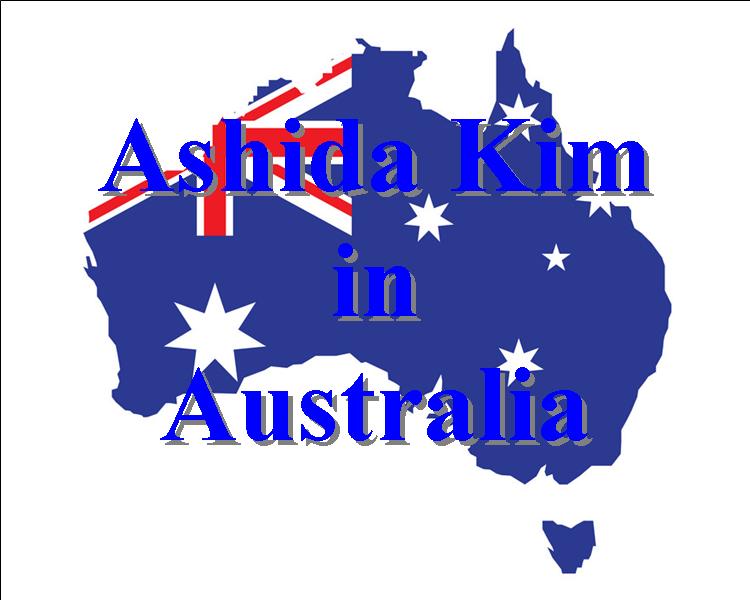 First published in the "DOJO Newsletter"

During his recent "Down Under Tour 1993" Ashida Kim, well known American Ninja scholar and master of the Invisible Fist, agreed to an exclusive interview with Sensei James Brown, of the Bushi-Kai Martial Arts League.

Here is the result of that meeting.

JB: Master Kim, can you tell us why you have come to Australia at this time?

AK: I was invited by the DOJO Regional Director (Australia) to participate in grading and testing of new Black Belt members and conduct a series of closed seminars and several open to the public.

JB: Could you tell us a little about your early background and martial arts training?

AK: My father was in the U.S. Army before World War II, and most of the military bases where our family was stationed had a Judo club and, as a young boy, I was privileged to attend and participate to a limited degree. When I was in High School, I joined the Wrestling team for two years, and then when I went to University, I had an opportunity to take classes in Shotokan Kara-te from an Okinawan Black Belt. It was he who put me in touch with my Ninjitsu Master after I showed an interest in acupuncture, which was virtually unknown at the time in the West.

JB: Can you tell us a litle more about your Ninjitsu teacher?

AK: His true name must remain a secret, but he was known in martial arts circles as Shendai, which translates as "Spirit Body" from the Chinese. He was a true Ninja in every sense of the word, hiring out as a mercenary and spy throughout the world and enjoying a succesful and profitable career.

JB: How have the martial arts, in particular Ninjitsu, influenced your own life?

AK: All martial arts teach discipline and self control. as well as fiqhting skills. So, in that regard, all serve a valuable purpose; and no single martial art is applicable for everyone. A small man might choose Judo, or Jujitsu, to take advantage of his slighter stature to unbalance a large opponent; a woman might prefer a system that deals primarily with self defense; while soldiers or policemen usually like a hard style like Shotokan or Taekwondo, which can be taught to large groups in a short period of time. Members of the international intelligence and espionage agencies seem to be attracted to the more esoteric arts like Ninjitsu, and, of course, anyone who practices martial arts for very long eventually gravitate towards the Kung Fu styles and Tai Chi Chuan of ancient China. For me, Ninjitsu is the best way. Most martial arts begin by telling their students that it is better to run away from a fight than engage in battle, then spend two or more years teaching how to fight. Ninjitsu, the Art of Invisibility, is the only one I know of that actually teaches how to "vanish" by throwing sand in the attacker's eyes and run away. It is the only truly non-violent martial art, descended from the Shaolin tradition of being "men of peace who could fight like ten tigers."

JB: How does one learn to be a Ninja?

AK: One cannot learn to be a Ninja, one must be born a Ninja and then discover that he or she is on that Path. In olden times, babies as young as three months would be taken from their mothers and tested by the clan elders. Sometimes they were tossed into a pool or river to see if they would come to the surface, an indication they possessed the necessary survival instinct. Of course, none were permitted to drown, but a parent was forbidden to rescue his child too soon, as this was an indication of his own lack of confidence in the infant. True Ninjitsu is not for everyone, only a few are chosen to learn the Silent Way.

AK: Because the true Ninja has virtually unlimited power and can affect the course of history.

AK: The Ninja, being essentially pragmatic in temprament, sees very little value in conscripting one or more armies from among the peasant population and sending them to do battle on a large or even global scale. It is much more efficient to simply kill the leaders who initiate such conflict, often for their own personal motives rather than any real desire to be of service to their people. "Cut off the head of the snake and the body dies," is an old Ninja saving. It means, if you kill the general, the war is over- or at least can be prevented for a while.

By the same token, such assassinations can, and often are, used as a catalyst to start larger conflicts, as in the case of the assassination of Archduke Ferdinand, which catapulted the global states into World War I. That the Japanese Ninja were instrumental in the planning and execution of this event is a matter of historical record. Likewise, during the second World War, they were among the most feared and hated intelligence agents and soldiers of that conflict. And, as late as 1972, they were still listed by the American Federal Bureau of Investigation as a subversive organization.

JB: This quite dramatic past, what is the purpose and scope of the Ninja today?

AK: The DOJO is an International Fraternity of Martial Artists dedicated to the preservation, practice and study of ancient wisdom. We welcome martial artists from any style or system who wish to participate in this great work. As members of this martial arts fraternity, we keep alive and share the lessons and traditions of the Silent Way through training and research. We are not a secret society but rather an organization with secrets.

JB: You have used the term "true" Ninja or "real" Ninjitsu several times. Why?

AK: Ninjitsu has historically been the art of "invisibility"; most of what currently is taught as "commercial" Ninjutsu is nothing more than a few basic jujutsu techniques, many of which are "setups" for judo throws or joint locks, masquerading under black hoods. To be sure, this attracts a limited number of students seeking the "true path", but those with any real skill soon recognise the difference between the real art and commercial exploitation.

JB: And have you encountered some of these so called Masters or their students?

AK: Yes... I have myself personally participated in several of their seminars and classes, under assumed names, as have some of my associates, to discover the level of their skill and their curriculum - and have been investigated by some of them, many of whom have then broken away from their previous teachers and since affiliated themselves with our organization.

JB: Is this the reason why these other "Ninja Masters" usually criticize and try to discredit you?

AK: Yes....that, simple jealousy, and fear of competition in the market place.

JB: Let's leave aside politics and discuss vour exclusive Australian Souvenier Book Release of "Secrets of The Invisible Fist." Will this book further expand on your other books about Ninjitsu?

AK: The Secrets of The Invisible Fist is scheduled to be released before Christmas and will illustrate the two main principles of Ninjitsu, namely striking from an angle that makes it impossible for the opponent to see or block the punch and temporarily blinding the opponent or causing mental confusion such that he is unable to react defensively. The first 1000 copies will be numbered and personally autographed.

JB: Do you ever worry that these techniques will be used for evil or selfish purposes?

AK: No..... evil does exist in the world, but those who act in this manner are usually sinister in nature. Ninjitsu is not sinister, rather it is a major mystery. Once we begin to unravel this puzzle we find that all conflict is a function of the ego and is usually generated from low self-esteem. Once this is recognized, the need for conflict is diminished and only then can one become a true Master of the Silent Way.

JB: I hope you enjoy the rest of your Australian Tour.

AK: Thank you. Australia is such a beautiful country and the beer and girls are great. I hope to tour again in the near future.

Master Kim did return twice more to the Land of Oz, to meet and train with even more martial astists from many styles and systems. He was interviewed on Channel 9's Good Morning Brisbane with Karen Milner. And remains associated with several Aussie Dojo as well as fellow Dojo Press authors from "down under."